SEOUL, Jan. 26, 2016 — LG Electronics Inc. (LG) today announced a fourth-quarter 2015 operating profit of KRW 349 billion (USD 301.38 million), marking a 27 percent increase from the same period in 2014 thanks in large part to improved quarterly profitability from home appliances and home entertainment products. The LG Home Appliance & Air Solution Company once again proved to be linchpin, reporting solid operating income of KRW 214.8 billion (USD 185.49 million) for the quarter and an increase of 57 percent for the year. Sales across all businesses in the fourth quarter of 2015 totaled KRW 14.56 trillion (USD 12.57 billion), a 3.8 percent increase over the previous quarter, although competitive conditions and currency impacts led to a 4.7 percent revenue decline from the same period in 2014.

Notwithstanding many bright spots with the introduction of industry-leading products in key categories, 2015 was a generally challenging year. Full-year operating income was KRW 1.19 trillion (USD 1.03 billion) in 2015, versus KRW 1.83 trillion (USD 1.58 billion) in 2014. As a result of sluggish global market demand for TVs and softer growth of  smartphone market during 2015, full-year revenues were KRW 56.51 trillion (USD 48.8 billion), compared with KRW 59.04 trillion (USD 50.98 billion) the previous year.

The LG Mobile Communications Company posted strong sales of KRW 3.78 trillion (USD 3.26 billion), a 12 percent increase from the previous quarter and unchanged from the same period a year ago, assisted by improved sales in North America. Worldwide, a total of 15.3 million LG smartphones were shipped in the quarter contributing to a total of 59.7 million units in 2015, a slight increase from the 59.1 million shipped in 2014. The smartphone marketplace is expected to be increasingly competitive in 2016 due to anticipated premium models from competitors and further price competition within the mass tier space. The introduction of two new flagship models and a more cost-competitive value chain is expected to improve profitability in 2016.

The LG Home Appliance & Air Solution Company achieved sales of KRW 3.83 trillion (USD 3.31 billion) in the 2015 fourth quarter, representing slight increase from the same quarter of 2014. In South Korea, revenues increased 13 percent year-on-year due to the popularity of the new TWIN Wash washing machines and premium refrigerators. Strong sales in developed markets such as North America and Europe helped offset weak sales in South America, the Middle East and CIS, where sales declined due to weak demand caused by lower oil prices and currency movements. Operating profit of KRW 214.8 billion (USD 185.49 million) for the quarter and KRW 981.7 billion (USD 847.75 million) for the year contributed to a strong finish for the year. Expectations are high that the introduction of the ultra-premium LG SIGNATURE lineup in 2016 will help re-energize the LG brand for home appliances in numerous competitive markets.

The LG Vehicle Components Company posted a 9 percent increase in sales quarter-on-quarter to KRW 520.4 billion (USD 449.4 million) mostly due to its growing infotainment business. With revenues growing in each quarter of 2015, the company ended the year with a solid KRW 1.83 trillion (USD 1.58 billion) in sales. LG expects the smart car and electric vehicle component business to grow measurably in 2016, highlighted by the LG-General Motors joint development of the Chevrolet Bolt electric car, which LG plans to leverage to support additional such partnerships.

LG Electronics’ unaudited quarterly earnings results are based on IFRS (International Financial Reporting Standards) for the three-month period ending Dec. 31, 2015. Amounts in Korean won (KRW) are translated into U.S. dollars (USD) at the average rate of the three-month period of the corresponding quarter — KRW 1,158 per USD (2015 4Q). 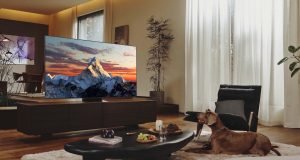