To celebrate the 30th anniversary of one of TV’s most iconic series of all time, the global producers Fremantle have teamed up with global color authority Pantone Color Institute to create a new and official Pantone Color, Baywatch Red. A dynamic, dramatic and magnetizing red shade featured in the distinguished red uniforms worn by the cast of the globally renowned action drama series.

Baywatch is one of the most iconic and era-defining TV series of the ’90s, with its sun-soaked beaches and Mitch Buchannon and the Baywatch lifeguards. The series became a pop culture phenomenon.

First airing in 1989, and remastered into 16:9 HD by Fremantle in 2018, Baywatch follows a group of elite lifeguards on the pristine beaches of Malibu, Southern California, as they save lives and uplift the community around them. It was described by Entertainment Weekly as ‘the most popular show in the history of the planet’ and spawned a legion of international stars including David Hasselhoff, Pamela Anderson, Carmen Electra, Erika Eleniak, Gena Lee Nolan, Jason Momoa, Alexandra Paul, and Yasmine Bleeth.

The series aired in over 200 different countries, was translated into 48 languages, reached an estimated audience of 1 billion viewers worldwide according to TV Guide, and was awarded a Guinness World Record for having the largest global TV audience in history.

Bob McCourt, Chief Operating Officer, International, Fremantle said: “The color red is one of the most recognizable elements of Baywatch so we’re very excited about marking 30 years of this incredible series by officially creating Baywatch Red with Pantone. This is yet another peak moment in Baywatch’s history.”

Laurie Pressman, Vice-President, Pantone Color Institute said:  “As a longtime Baywatch fan and lover of the emboldening red swimsuits and shorts, we were excited and honored to participate in the creation of this special PANTONE Color, Baywatch Red. Symbolizing the passion and courage displayed by these brave and heroic lifesavers, the powerfully energizing Baywatch Red instantly expresses a message of immediate action and fierce determination.”

Original creators and executive producers of Baywatch, Michael Berk, Greg Bonann and Doug Schwartz, personally oversaw the remastering of their classic series which Fremantle has gone to sell into 110 territories globally.

More about Baywatch series is available on Wikipedia. 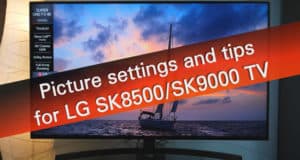 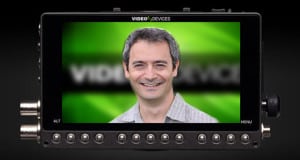